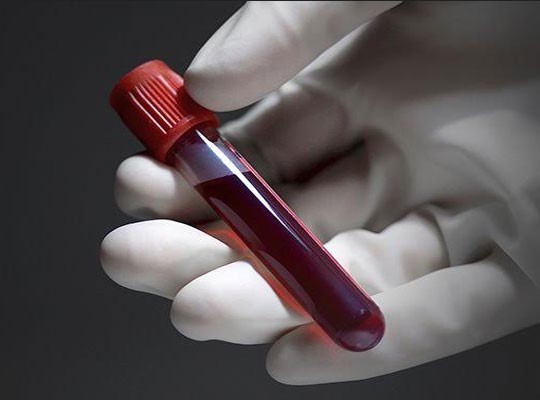 There are three methods by which blood samples will be analyzed. The most common method, and the one most likely to be encountered by defense counsel, is gas chromatography. This is where blood is analyzed by a gas chromatograph instrument. In this method, the sample is injected into a chromatography column where a carrier gas will transfer the sample through that column. As the substance travels through that column, each individual substance, including ethanol or drugs, will separate out into their individual compounds. A flame ionization detector will then measure the energy produced by each compound and assign a value to it.

The enzymatic method of analysis is highly technical, very expensive, and is usually performed only in highly sophisticated laboratories. This method generally involves measuring the reaction between enzymes and carefully monitoring the production of a substance known and NADH, which is then measured to determine the amount of ethanol in the sample.

A third method, and again rarely encountered by defense counsel, is the dichromate method. This method involves removing the alcohol from the blood by diffusion or aeration. Potassium dichromate in a sulfuric solution reacts with the alcohol and the residual dichromate is measured to determine alcohol concentration.

While there are several ways to challenge the accuracy of the measuring methods, more common errors occur in the collection, storage, and transportation of the sample. Further, the manner in which the sample is prepared for analysis and the methods employed, or not utilized, by the lab critical to sample and measurement integrity.

The manner in which the sample was collected and the individual responsible for that collection is critical to measurement integrity. Various federal agencies and studies have set forth the standards which must be followed in the collection and handling of blood specimens.

Sterilization of the Puncture Site and Equipment.

Since contamination of the sample is always a possibility, sterilization of the puncture site, the equipment used and the vial utilized are critical to sample and measurement integrity. Perhaps the greatest risk to blood samples is the growth of micro-organisms in unrefrigerated samples.

If the instruments utilized in the blood collection have not been adequately sterilized, sample integrity and measurement accuracy is nearly impossible. Several states now have very specific requirements as to the type of syringes and needles used and the condition under which they must be stored.

Sterilization of the puncture site is also critical to ensuring accuracy. Often times, an alcohol swab will be used prior to injection. The substance used to sterilize and the manner in which sterilization occurred must be carefully examined.

Fermentation in the Vial.

Once the sample is collected, the integrity of the sample depends largely on the integrity of the vial in which it sits. While many labs will immediately refrigerate samples upon receipt, law enforcement can often leave samples at room temperature, or worse, for several days before delivering them to the lab. Ethanol is produced via fermentation and the microorganisms necessary for that process exists everywhere. Candida Albicans is the most common threat to sample integrity and therefore the addition of Sodium Fluoride into samples is recommended to preserve them. Some states introduce 100 mg of Sodium Fluoride into the blood vials, while others still only introduce 20 mg of the preservative.

The vacuum seal of the vial is also critical to sample and measurement integrity. There have been countless instances of vial deficiencies that went undetected by law enforcement for a considerable period of time. (Add BD Vial Memo here).

Most blood samples in DUI cases are analyzed as whole blood. However, if the sample was drawn at the hospital for medical purposes, any blood alcohol test was likely done using an only serum. Unfortunately, analysis using only serum has proven to be at least 11% higher than the true blood alcohol level.

Nearly all blood samples collected in the DUI setting will be drawn from veins. However, the blood alcohol content of venous blood can be quite different from arterial blood depending on where that person is in the absorption/elimination curve. Therefore, venous blood samples can be misleading.

There are several studies that have shown that the blood alcohol content of arterial blood was much higher than that of venous blood during the absorptive phase, or why the body is still absorbing the alcohol. Conversely, the blood alcohol content of venous blood is much higher than arterial blood during the elimination phase. Since it is the arteries which carry the alcohol to the brain, thus intoxicating us, venous blood draws taken during the elimination phase will overestimate the amount of alcohol affecting the brain.

Coagulation and Other Sample Problems.

A common problem with law enforcement analysis occurs when the sample in the vial clots. This process is also referred to as coagulation and essentially is when the blood solidifies prior to analysis. Since solid material cannot be analyzed by gas chromatography, only the liquid portions would be analyzed, containing an inordinate amount of alcohol.

Coagulation of samples can also indicate several problems with the vials themselves, including sterility and the absence of necessary chemicals. The most commonly used anticoagulant is potassium oxalate. However, even the presence of an anti-coagulant micro-clotting may occur thus affecting sample and measurement integrity.

While blood testing is the most potentially accurate method of analysis, as with any testing, there is always the opportunity for error.