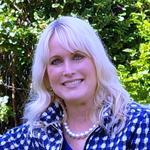 I decided to become a lawyer while working for my father's law firm when I was in high school. I watched my father try cases, and decided that I wanted to become a trial attorney. In 1984 I spent a year abroad, studying at the Gymnasium Mussenredder in Hamburg, Germany.

I graduated from the University at Santa Barbara in 1985 with Honors in History and German Literature. I obtained my law degree in 1991 from McGeorge School of Law in Sacramento, California. In 1992, I left California, and moved to Alaska. When I arrived in Alaska, I clerked for a Superior Court Judge and then worked as a public defender for approximately 5 years. I opened my own law firm and limited my practice to the areas of criminal defense, family law, and personal injury.